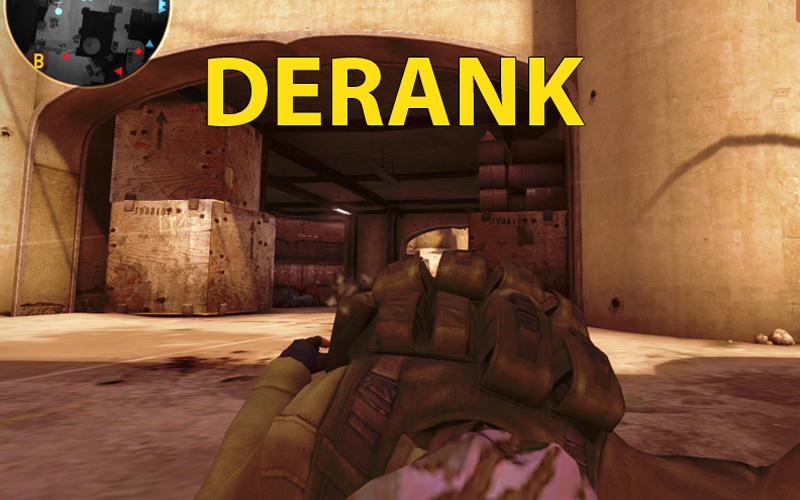 You have wondered recently why you derank so fast in CS GO?

Lately have been a lot of concerns about the ranking system in CS GO, even after you have won five games in a row and after one loos  you derank, or you have had inability to rank up, also there have been reports after a win they’ve dernaked.

So the reason about this is because  recently Valve initiate a slow shift of the Skill Group boundaries, this confirmed one of the  Valve employees  Brianlev in Reddit:

So with this changes in cs go there has been a lot of distribution in the ranking system as a website called Csgosquad explains this in their graphs, currently they fetch data from players in random matches.

Their database is constantly growing so the data below is up to date, currently tracking  576 406 Players.

So see the difference after the changes in cs go. 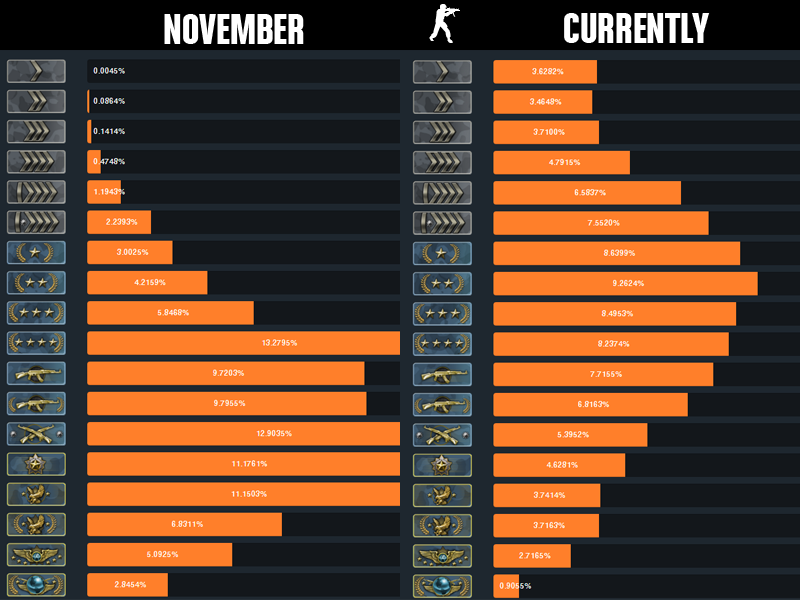 So as you can see from this graph, after those changes you have more players in the lower ranks, in silver ranks you have almost 30% of the players, and the majority of the players are ranked from Gold Nova 1 to MGE and the rest from DMG to Global Elite which they are now less then 1%.

And if you go back in November in the silver ranks you have less then 3%, and the most were Gold Nova 4 and MGE.