Tips for ranking up faster in CS GO

Home > Tutorials  > Tips for ranking up faster in CS GO 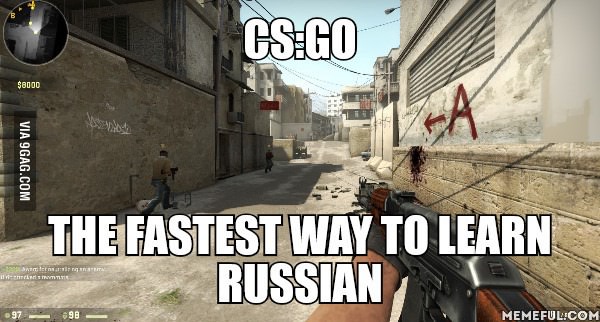 17 Dec Tips for ranking up faster in CS GO

Posted at 18:51h in Tutorials by Eagles

Explaining why you might be stuck at the same rank for a long period of time, explaining why and giving some useful tip’s.

Its normal to be stuck in a rank let’s say a month, but if you are the same rank for more then a month then you got a problem, you are doing something wrong, the main reason could be you are playing solo queue, this is a big factor when it comes to gaining rank.

There are chances you end up with good team mates but sometimes you are randomed on a team full of trolls and non English speaking players and we all have been in a situation when we have carried the whole game and just as the game is about to end you get vote kicked off, because your other pre-made team mates did it just for the lols.

To drastically increase you’r chances of winning try to play competitive matches with a pre-made lobby as much as possible. The other reason you might not be ranking up is, you simply get carried each game, and you’r score is not as pleasing as you think, so you must try to get as much score as you possibly can, it does not matter if you are losing , don’t troll keep playing on a high alert, the higher the score the less chance to derank when you lose and the opposite if you win, u got more chances of ranking up, in other words you mighr just be bad at the game, but you can totally change that by practicing your aim on workshop maps, try to improve that headshot reflex and before playing competitive always warmup on some death match.