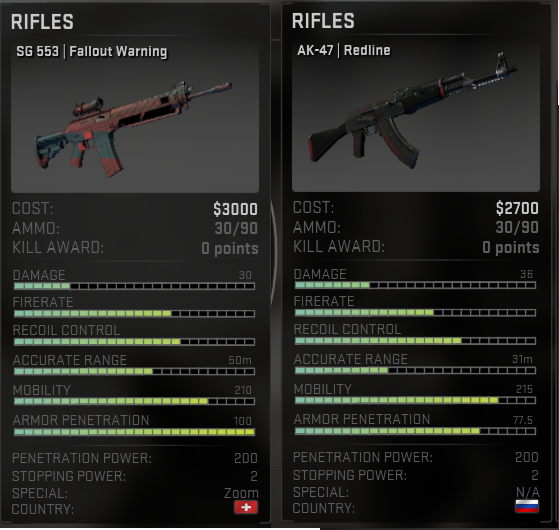 Posted at 20:15h in Tutorials by Eagles 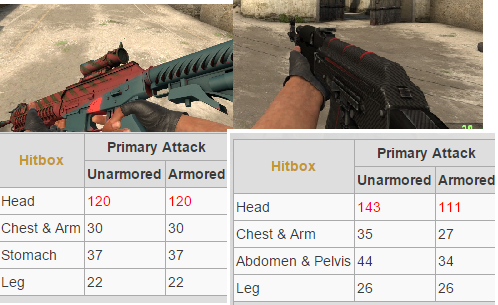 Its pretty rare to see someone play the SG non stop instead of the AK-47 on high ranks and this is a bit weird.

Well for starters the SG has 100% armor penetration, the ak has 77.5%, and they both kill with one shot to the head even from long range, however for the SG it doesn’t really matter if the enemy has armor or not, you will still do full damage either way, the SG also has the most accurate first shot of all terrorist rifles, which is excellent for those one tap head shots. 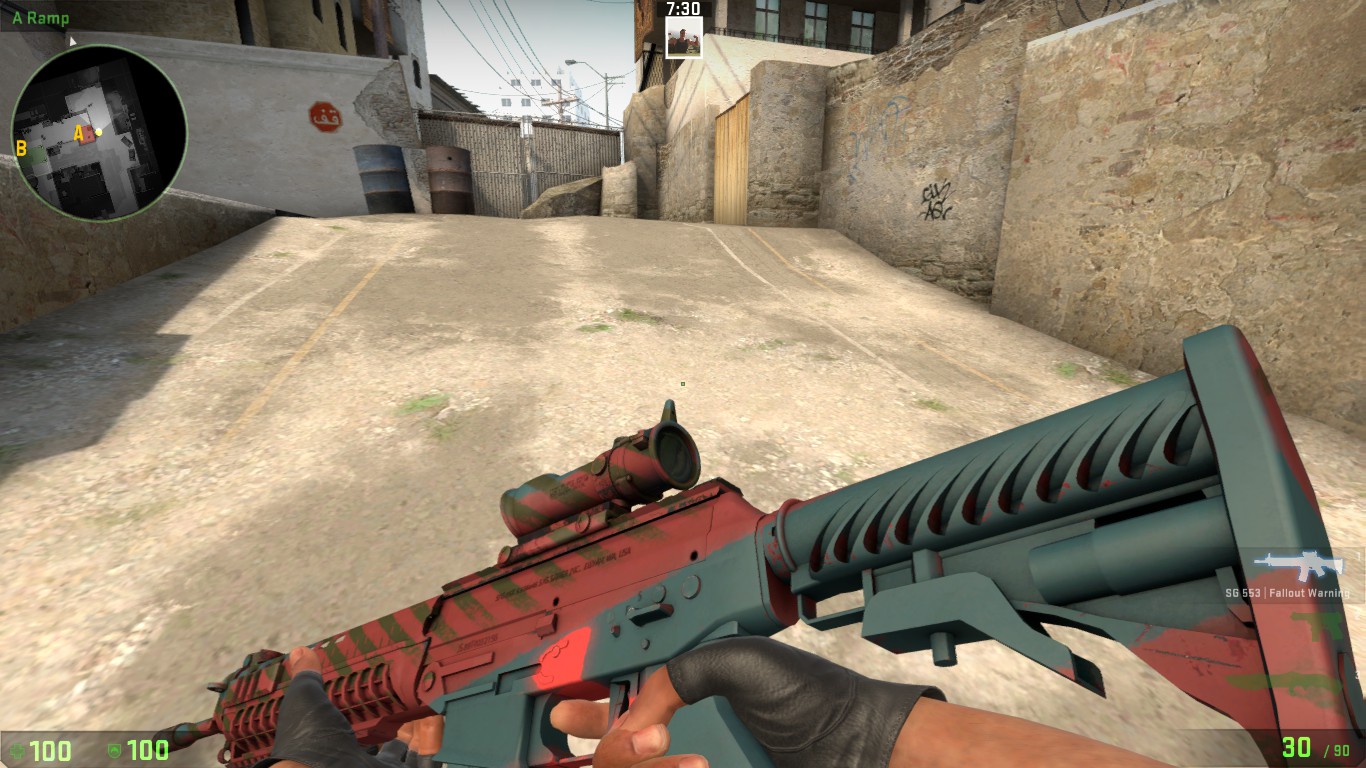 When you fire a burst shot with the AK-47 the 8 bullets will be pretty accurate, that makes it good for all distance engagements.It also has a pretty fast reload and is pretty cheap for its power compared to Counter Terrorist rifles and you don’t want to keep spraying on distance more then 8-9 bullets cause the recoil will get our of control. 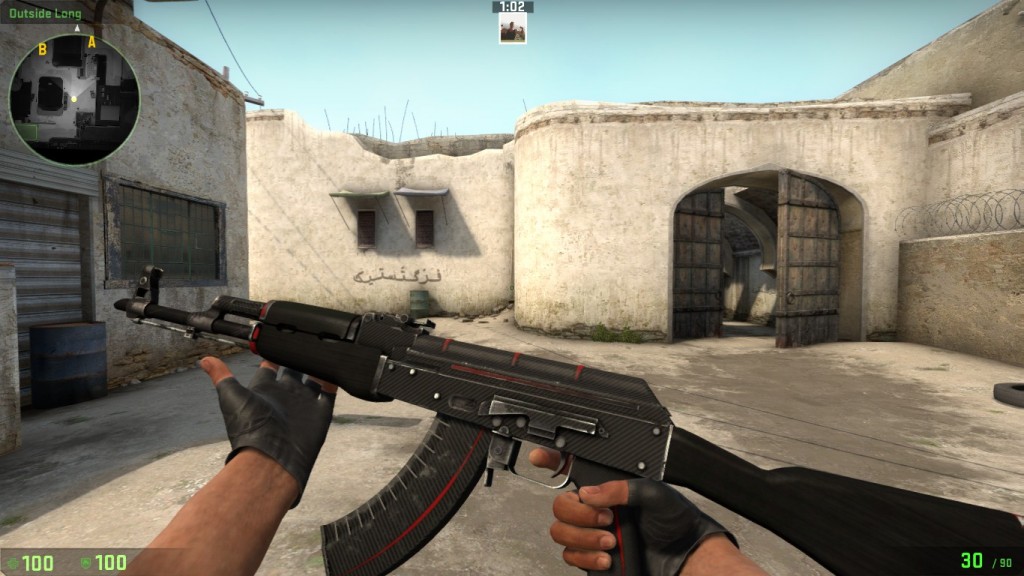 With the SG 553 is the same story as the Aug, each time a player buys it , he’s automatically declared a noob, one of the reasons for this that the SG is often seen to be played on low rank games and the reason for it is because its hard for them to use the AK, due to the fact that the AK in general is harder to master so the SG helps them aim better in long distances.

But is it better then the AK?

Well compared to stats the SG is better but it all comes down to preference, the AK is better for short range fire fights and sometimes you can control the recoil better, but if you spray on an enemy who is close with the SG you will probably miss a lot of shots.

And like the Aug, spraying is not advised due to its high recoil you will become very inaccurate, tapping the enemy is advised.

Compared to the AK the SG has a higher price and its pretty heavy, but its still a very useful weapon for taking out snipers at range, in most times it does a better job then the ak when it comes to long range fire fights.